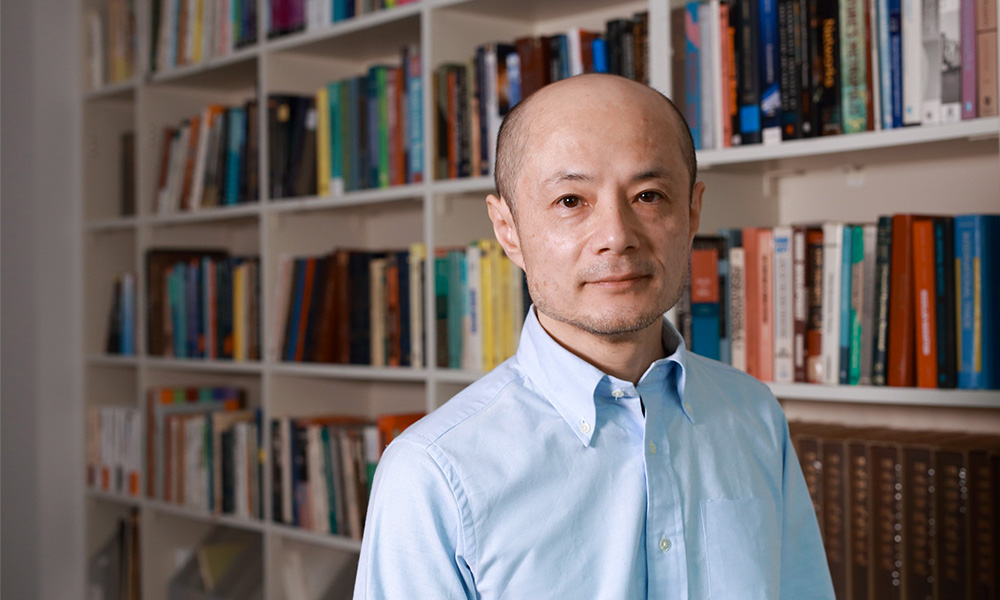 Visiting Professor, CSIS, U. of Tokyo

I am particularly interested in theories for the mechanism of economic agglomeration and the corresponding empirical analyses. I focus on agglomeration since it is a representative form of economic location today. More than 70-80% of production and population concentrate in a few percent of the area in most developed countries and regions. Economic agglomerations, or cities, exhibit highly regular spatial patterns, and these patterns are quite similar across countries and regions. Typically, population size, industrial composition, and spatial patterns of cities exhibit spatial fractal structure. The structural regularity has been persistent despite various large scale policy implementations (e.g., highway network development) to influence the economic location. 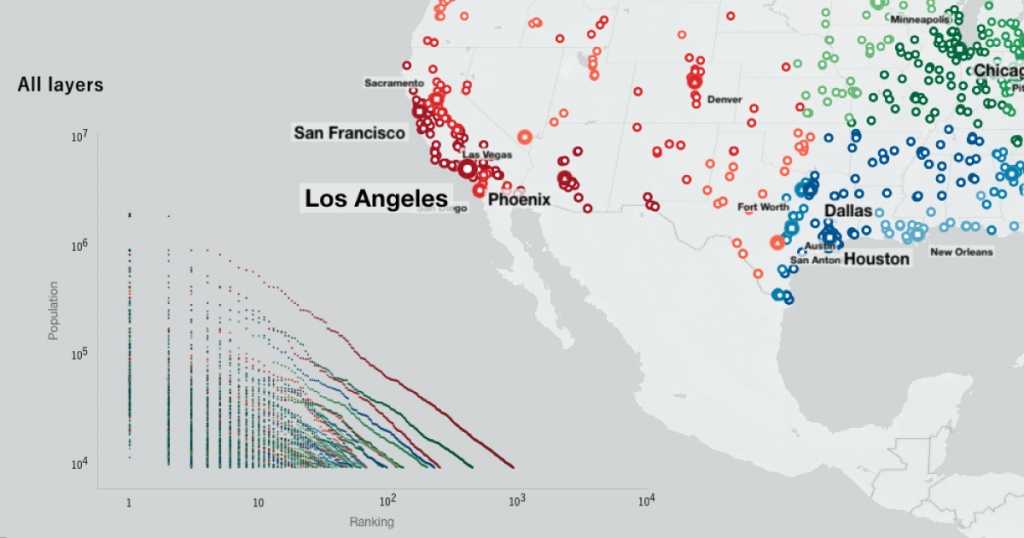 It is a known fact that in many countries, city-size distribution approximately follows a power law. This paper uses data from six countries, including Japan and the US, to recursively observe such regularity formation at the national and regional levels and smaller regions within each region (click the panel above). While the power-law coefficient varies from country to country, countries share a common structure that the spatial arrangement of cities in each region is generally similar to the arrangement of cities at the country level, with small cities surrounding the central metropolis. This fact is interesting as a phenomenon and has important policy implications since city size strongly correlates with various other socio-economic indicators such as industrial diversity, household income, and educational level. Which city will grow is a musical chairs game, where it is unlikely for the number of chairs to increase or the spacing to change. Inequality among cities tends to be maintained. In the first place, the fact that the city-size distribution follows the power law at the national level may be because the country’s territory is also the result of endogenous regional formation. The central city cannot grow unboundedly, as the level of technology bounds its scale, which in turn constrains the country’s size. The reason why huge countries such as the Roman Empire and the Chinese dynasty did not remain may be closely related to the fractal structure with the power-law identified in this study.  In a related study by Mori and Wrona (2021), we show that the regions constituting the fractal structure are relatively autonomous in inter-city trade. In particular, we identify invisible trade barriers at the regional borders. This paper demonstrates the formation of economic regions using intercity trade data of Japan and the US. In a regional economy, a nested city arrangement is realized. Small cities surround large cities, and even smaller cities further surround each of these small cities. The so-called central place theory explains such city arrangements in terms of the spatial coordination of many industries. For example, in industries with high fixed costs, large markets are required for firms to enter. Thus, firms are located only in a few cities, and goods and services are widely supplied. On the other hand, in industries with low fixed costs, even small markets can suffice for firms to enter, so they are found in many cities. Analysis of trade data between cities confirms that industries located in fewer cities export more extensively (Fig. A). While the spatial frequency of appearance varies among industries, different industries tend to attract each other and be located in a common city because many goods and services share consumers, directly and indirectly. For example, a city with a theater also has a movie theater; a city with a movie theater also has a bakery. (Conversely, a city with a bakery does not necessarily have a movie theater. A city with a movie theater does not necessarily have a theater.) A city’s industrial diversity and population size correlate so that cities with many industries tend to be large. In contrast, cities with only a few industries tend to be small. Fig. B summarizes the resulting industrial location and urban layout. Central place theory asserts that the market area of industries specific to a given city constitutes an economic region of the city, as indicated in Fig. B. Analysis of inter-city trade data confirms the presence of invisible trade barriers at the approximated regional borders. The exports from a large city (central place) decline by two-thirds to half in crossing the border in addition to the decline over distance (Fig. C). Mori et al. (2020) show that the same set of regions exhibit common power law for city size distributions.